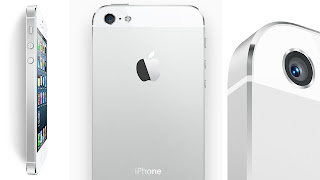 I missed the live event but from what I’ve read, the most impressive part of the New iPhone 5 is the screen and the camera. Although I’ll save my judgement on the screen until i get to see it with my real eyes and compare it to 4S’s retina display. The rest? Meh. Nothing new.

Maybe when I get to test it in real life I would dare say how it would compare. Apple fans have been Ooh Aah-ing over the new maps (symbian have intergrated maps for years now. Android have it too but not activated here in malaysia, something you can change after rooting). Panoramic photo with gyro assist? I got it since my sony dumbphone. video stabilization – hopefully this uses the same tech as Nokia said they’re going to use or better. Front facetime over 3g? at long last. 3 mics for noise cancellation? I liked it but it needs real-world testing.

The new connector? The connector has always helped iOS devices gain a healthy market in after market accessories, so while the update is a welcomed update (30-pin is so old-school),  this would make many old accessories are now rendered useless (even with the adaptor).

The 16:9 resolution would now add another screen resolution headache to the developer (although not nearly as bad as in Android world) and since it’s a different screen ratio, some apps need to rethink their design assets strategy. hopefully they are prepared after all the leaked info about the iPhone 5.

For me, nothing new here. Move along.