Okay, this has been in my draft folder for quite some time. I guess i should finish this.

Even the plan was toget up early and head to Jesselton Point to go island hopping, but we woke up late, and wifey had a case of stomachache. Maybe it was the Soto last night. Adding salt to injury, I overspend last night and may spent the money we saved for island hopping. 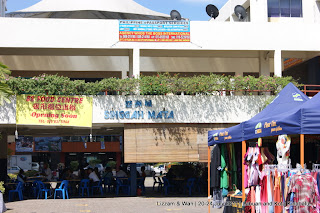 We went to find something to eat for breakfast, and we chanced upon Restoran Keningau in Singgah Mata. Yep, that’s the name of the place. it’s actually a decent place to eat, and there’s actually a food fair nearby. But since wifey’s stomache is still acting up, we decided not to push our luck.

So the morning we thought of hang around Pasar Filipin. A any tourist would do, we had to buy something for those back in Peninsular (Note to self: Next honeymoon spot should not have a souvenir shop). And where else you can find souvenirs, especially pearls in such abundance in KK?

En route to Pasar Filipin we stopped for a while at Kedai Jamilah, one that has been suggested by shopping tourists. The jewelleries sold here looks okay. And the staff are friendly. It does not, however have anything that we want so we proceeded to Pasar Filipin. 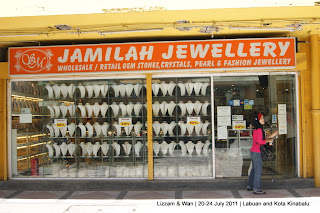 You can find anything unique to Sabah here. From pearls to hand made accessories. And they’re quite cheap, especially when you know your way around a bargain. The best part is, if you bougt something too big for luggage, it’s a huge bundle, then they can package them and send them to your address via Pos. Just remembe to pay them extra for shipping. 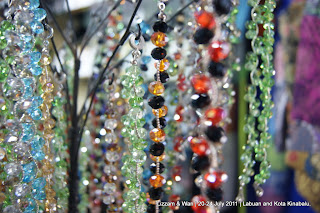 On the way back, we stopped by Sinsuran so wifey can do a little bit more shopping. This time it’s just some peddler in the middle of the complex. These are illegal peddlers. How do I know they’re illegal? Well right after we finish buying, panic ensued. Dewan Bandaraya Kota Kinabalu came. They just grab what they can and hide their stuff anywhere they could, including in other premises. It’s kinda sad seeing the scene, with their merchandise scatted on the floor like that. And if we wer late to pay for just another minute we might walk off with free stuff. 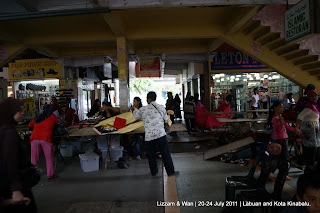 The aftenoon ws spent at Hospital Likas. No, wifey’s stomache didn’t get worse. We went to visit her nephew who just had a baby there.

During the night, I brought wifey to Sugarbun. To those unfamilar with this brand, it’s a bread and patries franchise in Peninsular. In Sabah and Sarawak, however, they serve the whole meal, much like how Marybrown, approaches this business. Actually, it does operate much like Marybrown. Even the offering is very similar in variance. 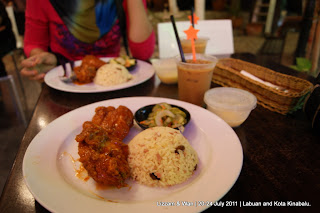 We ended the night early, since we were going to the airport early in the morning.


By 9am we already dragging our bags to the hotel reception, including a box of salted fish. A box, mind you. Upon collecting our RM 50 deposit, we headed to the taxi stand, which is exactly in front of the hotel. Seeing us with our bags and box, an uncle quickly stood up and offered us his taxi.

Here’s the thing about the taxi ride. I’m not complaining about his driving, even if it’s a bit on the ‘kalut’ (hurried) side. But the way they handled the fare. He charged me RM 30, much like the airport taxi. Fair enough, since they cannot wait at the airport for customers (although they can pick up anybody on the way back..if they can find any). 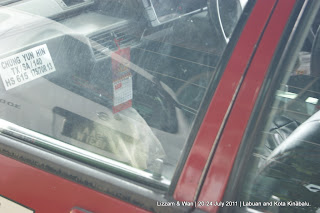 The weird part is, he set the meter. But just as he starts the meter, he hides the display under a piece of cloth. Shady, I know. But at the moment I just want to not to miss the plane.

We arrived too earliy, actually. The plane does not depart untill about 12 pm, and the check in counter only opens a good hour after we arrived. Anyhow, we made our time by hanging around the airport, sipping McDonald‘s breakfast coffee.

The flight ws uneventful as usual, only this time we got the row just to ourselves, despite a fuller rate of occupancy. It was Sunday, after all, and many weekend travellers are returning back to Peninsular. Reaching KLIA, as usual I asked wifey to wait until others have departed, and this time, we got to take a picture with the captain and his co-pilot.

That’s our account of this little trip to Labuan and Sabah. It’s not a honeymoon per se, but more like a trip to reminisce the days when we first met. Now that’s priceless. 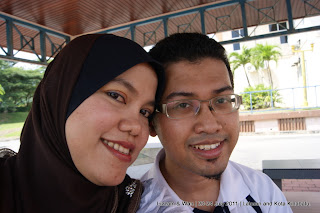