The Immortals Will Die But Live Forever

Those who attended my classes (UiTM Puncak Perdana – Interactive Multimedia), would remember me pointing out to Steve Jobs, for his ingenuity, and mastery in creating an unmatchable aura in each of his presentations.

If you have no idea who Steve Jobs is, surely you have heard of his brainchildren: the Mac, iPhone, iPad, Pixar, or at least one of the Pixar’s many award winning movies and short films. Not many in our world, especially in our lifetime, could be attributed to so many iconic products, much more be the man behind the very creation of such beautiful products.

Don’t read me wrong. I’m not an Apple fan (I’m on the Android and Windows side of things). I’m writing this because of the fact that, in my short years, Jobs is the only person whose company delivers his product exactly like the advert says, especially in IT. All the animation, eye candy you can see in the ads, you can experience it in your own hands. Name me other products that can live up to the marketing hypes like iPhones and iPads? it’s basically the most honest product as far as marketing goes.

Steve has shown how instrumental he was to Apple. He was fired from Apple (a company that he build up from scratch) because of his incredible attention to detail, which some at the moment thought to hamper progress. Apple almost went broke, while Jobs went on and create NeXT, a software company on which Mac OS is built upon and Pixar, initially a computer company, but now a huge name in the film industry.

Need I say more about his presentations? He has made presentations so moving, that he sells anything he introduces by the millions. I started with Macbook Air, the iPhones, the iPads. all of those presentations reached deeply to the heart of audiences, regardless of which side they were on (which in turn made the audience reach deeply into their pockets). He has single handedly drive several markets into the giants that we see today, namely smartphones, tablets, and 3D animations. 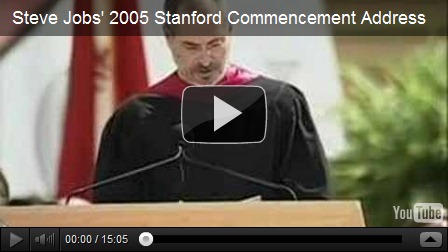