After years of failed plans, we’re going back to place that’s both foreign, and close to our hearts; Labuan and Sabah.

Well, both of us met at Labuan.We even became a couple there. So you can imagine how important Labuan is to us. And since both of us has yet to set foot on Sabah and Labuan since I graduated in 2005, choosing the destination requires little effort.

But leading to the date a lot has happened, to the point that my wife thought of cancelling this trip. I was adamant the we tried to the very last minute, and up to now, it’s good to go.

So, let’s hope this trip becomes a memorable one, the good way, of course. 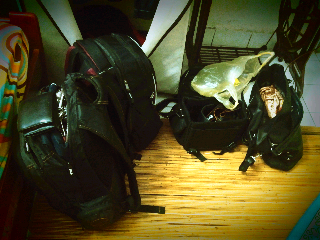 One response to “Honeymoon! Day 0”