The day starts quite early, as if preparing us for the early sunshine in Borneo. After Subuh, and breakfast, we made our move to KLIA, thanks for my brother in law who happens to live nearby.

Just as we stepped into KLIA, however, wifey noticed that she left her handphone at her sister’s house. That led to a short burst of scowling, but nothing much. We’re on a honeymoon, after all. 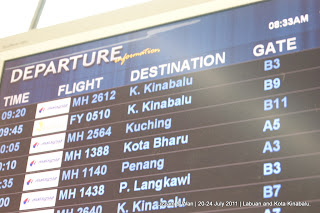 
The flight was smooth. While initially the seat we got was sub-par (the seat was right by the wings, so no view. Plus the window seat was occupied by a sleepy unfriendly guy), we found an empty row and made our move.

I had to order some fish and chips (airways minified edition) even though it’s RM9 because my stomach was rumbling. Can’t complain there, totally my fault. 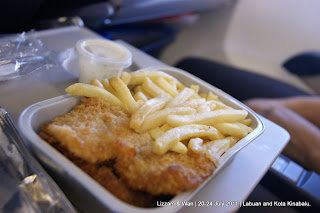 After an uneventful flight, we landed at KKIA in time, much to my surprise.

As if it’s a trademark of mine, We took our time to unboard the plane and took wifey’s photo with one of the cabin crew (the others were busy cleaning up the cabin). 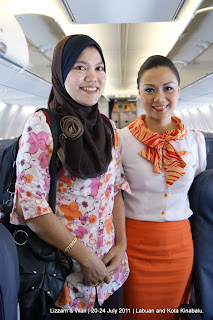 We took the airport taxi (RM 30) to the Jesselton Point to catch our ferry. We saw how KK has grown sine our last visit in 2005.

The driver might be the least talkative of all drivers, we got to ride in an Avanza, with no other passengers, so no complaints there. 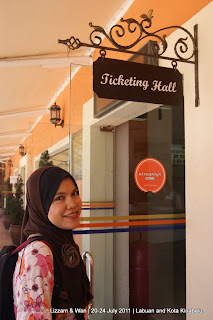 And lo and behold, we caught it just in the nick of time. For RM 34.60 each (including terminal tax) we’re on our way to Labuan.

The ferry has improved, I think. Or newly refurbished. There was a smell of new paint, i think. And since the sky is clear, so is the sea. Not many sea-sick hurlings were witnessed in this ride.

The funny part was, it was playing Titanic right before we reached Labuan. I was kinda worried.


Labuan had managed to stay mostly the same, but some major changes did surprise us. New buildings, new shops, new road layouts. But for those that didn’t change, it surely brought 1001 memories. Even the police station brought back memories.

Our ex- lecturer was kind enough to let us stay at their house,even when they’re both not in Labuan. Zamhar and Laura are 2 of a kind of lecturer, we’re lucky to have them. 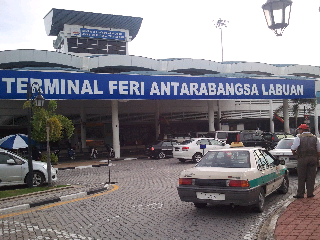 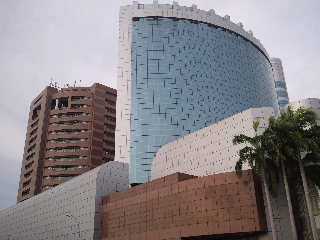